"Launched my daughters this weekend.
This was actually one of the straightest flying rockets of the day.
Real crowd pleaser!!!"
Posted by Chris Michielssen at 11:22 AM No comments:

Email ThisBlogThis!Share to TwitterShare to FacebookShare to Pinterest
Labels: OR Little Green Man

"Since you requested pics, I thought that I'd share a few of my just finished Little Green Man. I built mine stock per the instructions.
Thanks for creating such a fun kit!"

Great work Scott! Thanks for sharing!
Let me know how it flys!
Posted by Chris Michielssen at 3:18 AM No comments: 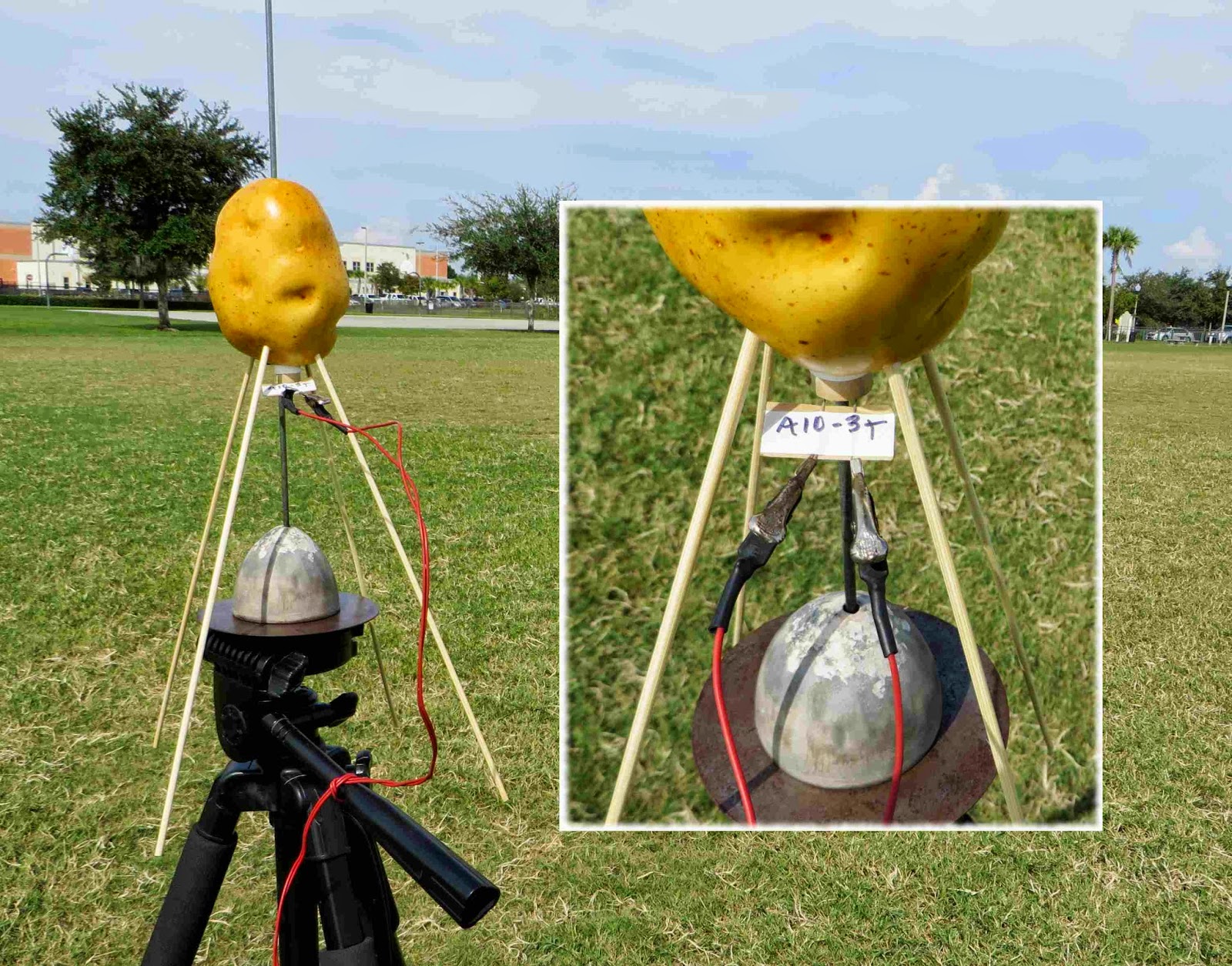 I launched the SPUDNIK twice yesterday morning, both times with a A10-3t engine. Both flights were stable to about 100 feet but there was corkscrewing.

The Odd'l Rockets Sputnik (with the 3" foam ball) flys vertical  without any "coning" or corkscrewing.

The problem is trying to drill out a straight 1/2" hole for the engine mount tube. If the line of thrust is off by a degree or two the rocket won't fly perfectly vertical.
Add the uneven surfaces along the top and it probably won't fly without some spiraling.
Drag and weight are other considerations. On both flights the model was nose down and ejected the engine at half the altitude.
I know - MORE POWER! A larger engine (B6-2 or C6-3) would get it higher in the air but still doesn't solve the mount hole reaming and deflection from the uneven top surfaces.

The inset picture shows the micro clips connected to the igniter. If you have a Sputnik rocket, be sure the clips have no chance of getting caught up on the legs!

The Spudnik won't become a kit. There just isn't a way to ream out a straight hole for the engine mount tube.
This isn't a loss by any means. I'm only out a few dollars for the potato and two engines. You'd be surprised how many models are built, flown and not released.
I might fly it at a club launch but wouldn't want to release it for sale with the stability concerns.
Posted by Chris Michielssen at 9:31 PM No comments: 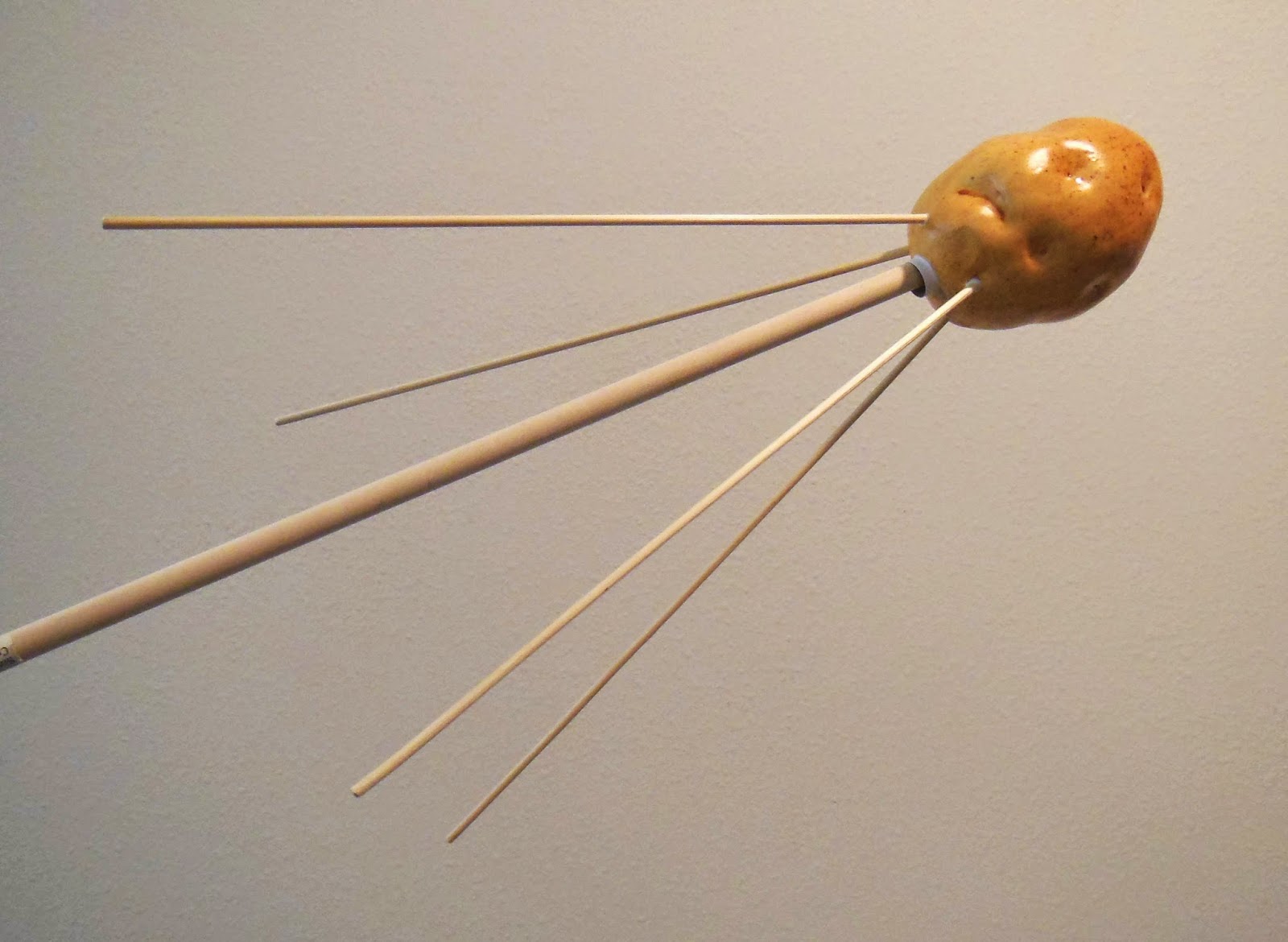 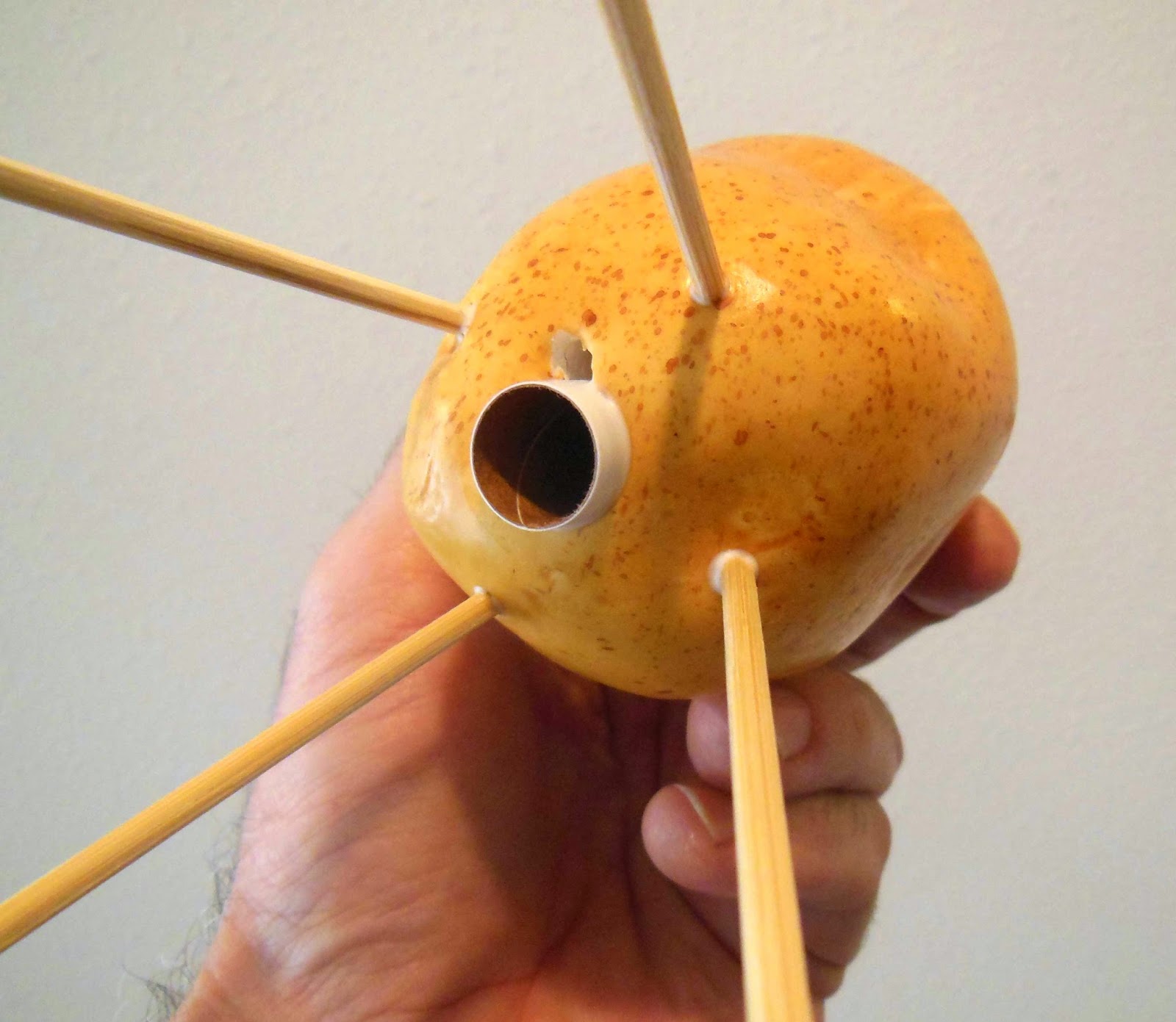 Here's one I'm looking forward to testing!
Gary Minton emailed the suggestion for a Spudnik. I wish I had come up with the idea!

I had ordered a few "stress ball" potatoes. They were too heavy to fly!
Gary found these spuds, I ordered them from China.

After 30 minutes of drilling and gluing here's the finished prototype.
It'll soon fly with an A10-3t engine.
Keep your fingers crossed!
Posted by Chris Michielssen at 1:11 PM No comments: 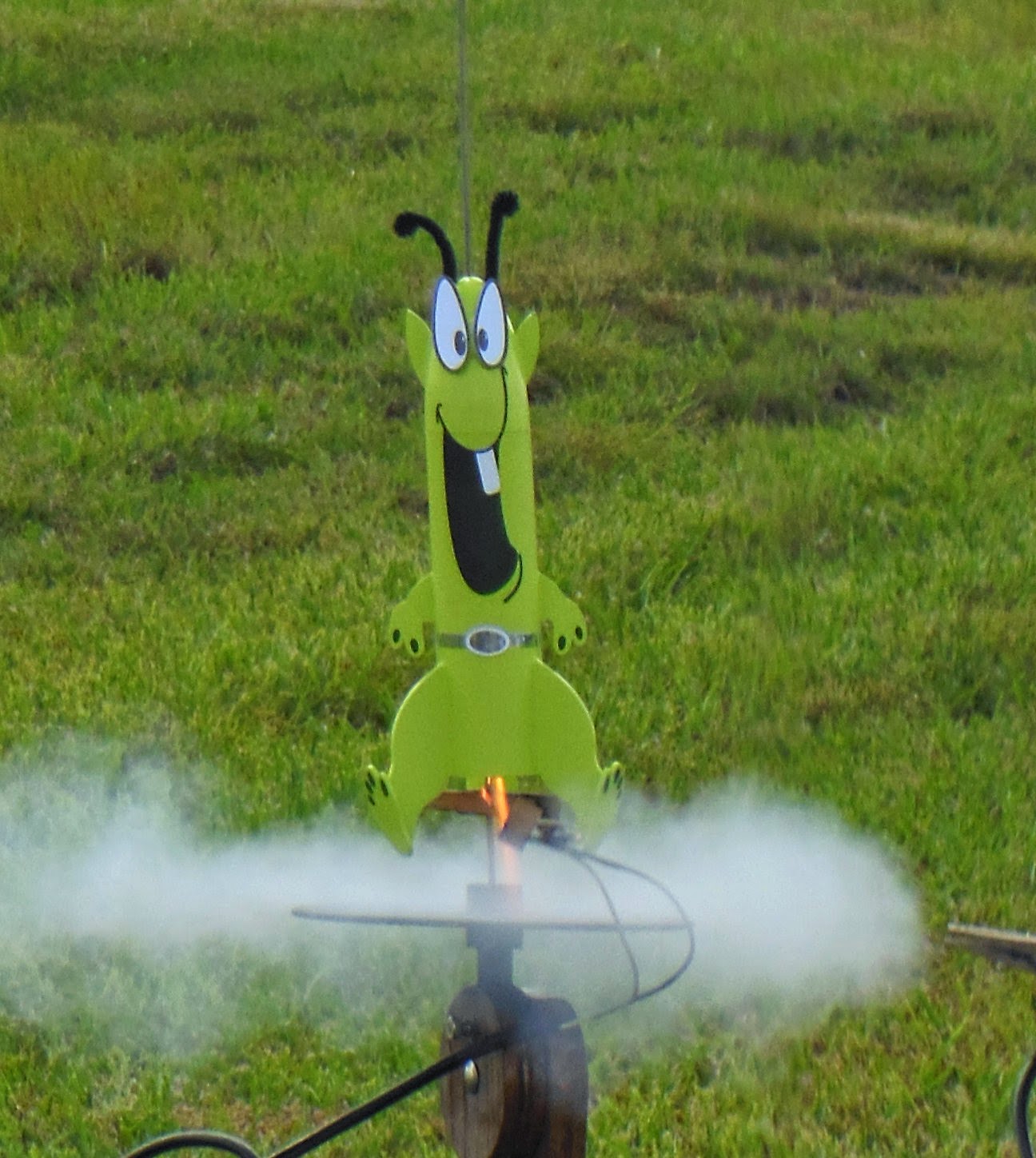 The Little Green Man had it's thirteenth flight at the NEFAR monthly launch on October 11.

There was a slow turn during boost with an Estes C6-5 to about 650 feet. The 12" Odd'l parachute brought it down with no damage.

This guy is popular, cameras always come out when he flys.
Posted by Chris Michielssen at 3:30 PM No comments:

Posted by Chris Michielssen at 7:06 PM No comments: 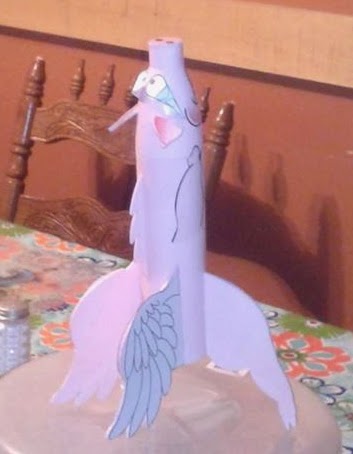 
Great work Beth!
Thanks for posting the picture.
Posted by Chris Michielssen at 3:20 PM No comments:

Email ThisBlogThis!Share to TwitterShare to FacebookShare to Pinterest
Labels: Finished Pictures, OR Pigasus 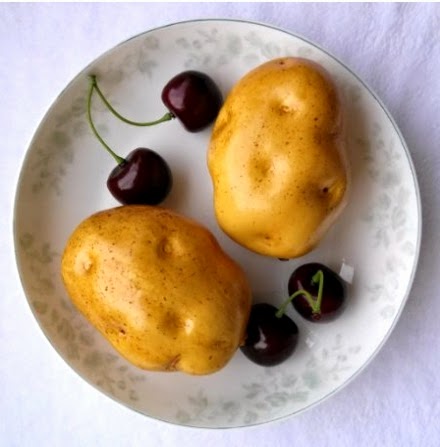 Gary Minton spent more time looking for a better potato than I did. Here's what he found -

First, I had a sample stress-ball potato sent out. It's too heavy and I can't drill out for an engine mount tube like I do for the Sputnik kit.
These new spuds weigh only 18 grams each, half of what the stress ball potato did.
That leads me to believe these might be Styrofoam.

Another typical day of research at the Odd'l Rockets workshop.